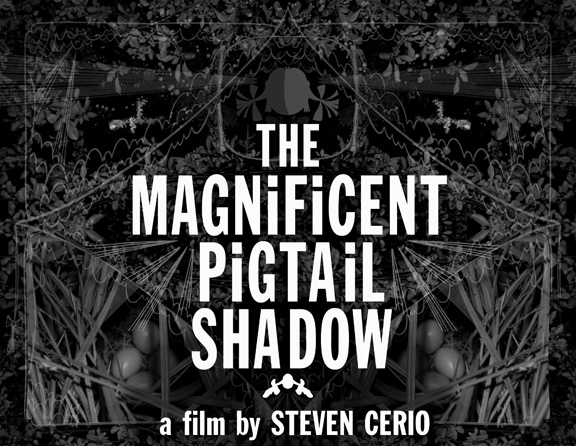 I lost my mother and sister in close succession. As per my mother’s instructions I found a beautiful site to spread her ashes. this task took me to south western Arizona searching mesas, deserts and mountains searching for the perfect spot. As I wrote in a short essay for the liner notes ” I arrived in Southern Arizona near Organ Pipe Cactus National Monument with a migraine after a sleepless night. I spent the afternoon climbing up the side of a mountain while carrying my mother’s ashes. While resting in the sun, I noticed a shadow that extended hundreds of yards out onto the valley. In that shape I recognized the head and bowed hair from a photograph of my mother’s first communion. I was unwilling to imprint on that falsified hug, but that shadow was determined to promise me a paradise full of sparkling happiness in some goofy gem-covered future. I never shy away from euphoria, joy, peace or bliss—theyare just simple sounds with pleasant meanings made by a smiling mouth. This film is a transmission to drown out the fibs that injure a real life.”

Clinging to the experience of my reality bumping into my hallucinations I collected a monologue I’d call “The Magnificent Pigtail Shadow” from notes in sketchbooks, backs of receipts and printer paper pinned to my studio wall. Typed up I found myself with a hefty 95 pages after 6 years of scribbling down these formerly homeless ideas. I boiled/edited it down to 11 pages with redundancies and unsuccessful tangents removed. Uh Oh…!!… was I really gonna shoot my first film?

I decided that if enough people were interested in the project it I would dedicate the time to completing it. film fans, art fans and childhood friends including Marc Arsenault , Kelsey Fowler , Cindy Stevens , Phillip Luciani , Brad Mossman , Jason Martin , Vern Schleyer , Kerry Sirois , Mike Langlie , Mike Milligan , Paulie Kraynak , Paul Lopes , Bernd Rauschenbach , contributed the capital for the hd movie camera, travel expenses and the super computer that Thomas Scharff, Chad Siddall and Jeremy Lockwood would build for me.

While the music progressed the filming continued . I’d been imagining this film in my head for years now the only obstacle was hunting the shots in forests, national parks, spare lots and posted farmland of New York, beaches of Rhode Island and deserts of Arizona. Some ten hour work days yielded only seconds of footage but I enjoyed every minute spent out of my cluttered studio and under the sun with the bees, deer and poison oak. Actresses Wyoming Savage, Allison Trela, Emily Church, Sarah Hudkins, Sara Potpinka, Crystal Choi, Amabel Caba and KC Duggan braved snow and blood loving insects in some occasionally unsafe places (THANK YOU!!!). I collected shots of shadows that had no business being those shapes, suns that multiplied in my handmade lens’, tadpoles swimming in schools through truck tracks, grasshoppers hiding from toads and Great Lakes frozen over with lily pads of ice. I found interesting things where I hoped they were hiding but most times had to hike hours just to stumble over a single one. Friend chauffeured me through unplowed and unpaved roads on seemingly every shadowy horsefly/deer fly/black fly/mosquito haunted road in the Adirondack and upper Catskill ranges. I collected 26 hours of footage and able to utilize almost ten hours of it in the heavily layered 45 minute film. I explained my aesthetic approach to investors in this essay ” Trying to build the sensation of some fictional paradise, a visual sketchbook of stills, animations, film and swirling prose roaming through the natural United States. Mankind outside of the actors will be avoided, no towns, automobiles……etc will be represented or hinted at. This could be a world, or at least an America before Columbus. There’s not enough about beauty and pleasure…mocking the sound of slicing helicopter blades in an industrial hardcore track Timothy Leary asked “You like to feel scared?? Wanna go out and buy a gun?….the helicopter is not a machine of pleasure.” Admitting a desire for contentment, bliss or peace induces blushing and embarrassment in most people while cgi violence and destruction has become the acceptable norm. ”

After hundreds of combined hours writing and editing the script I became a bit precious about the voice that would present it. I wrote a short and mostly impossible list with Patsy Cline, Josephine Baker and Kristin Hersh as my first 3 choices. In August of 2010 Kristin recorded the script at Stable Sound in Portsmouth, RI. Her voice lends the accent and cadence that brings the endearing and earnest tone that I wanted for the reading. Kristin Hersh is an American singer/songwriter who performs solo acoustic concerts; she also continues to perform as lead singer and guitarist for alternative rock group Throwing Muses and the hardcore punk-influenced power trio 50 Foot Wave. She has written a memoir, titled Rat Girl, which was published in the USA by Penguin Books on August 31, 2010 and is co-founder of the non-profit, open-source software project for recording artists, CASH Music.

I created “The Magnificent Pigtail Shadow” with the intention of making a meditational film with the psychedelic delirium I’ve tried to capture in my art. Though softly delivered criticism abounds the tone remains benevolent with its quick winks of sarcasm. My explanation of the film from the press kit reads.. “A film to obliterate the illusions that distract from a real life. The Pigtail Shadow is a false idol, a false prophet promising a jeweled path out of reality. Teeming with music, words and imagery, this film induces a meditative and blissful state. The sweet and nimble reading by Kristin Hersh places an ethereal tone over a lush and swirling soundtrack. Cerio gently dismantles the collective subconscious and thoroughly mocks the human drama. Moments shift between the candied ecstasy of childhood and a teasing cynicism. Spotlights shine on our shifting superstitions in this cautionary tale.”

On August 29, 2012 at 7:17 am I finished editing “The Magnificent Pigtail Shadow” and continued as I am today to organize multiple tours of North America and Western Europe. Scheduled shows to date are Friday Oct 5 at 119 Gallery in Lowell, Massachusetts then Saturday Oct 6 at 95 Empire in Providence Rhode Island. Nov 7 I’ll be in San Francisco at The Roxie. 9 other cities are in the planning process with dates to be announced shortly, including Boston, LA, Santa Rosa, Chicago, Portland ME and Madison WI.

In early October 2012 NOISEVILLE will be released a 12 page screen printed book of my drawings along with a dvd of “The Magnificent Pigtail Shadow” (45 minutes) and 2 other shorts “The Fibbing Dowser”(8 min) a short by Steven Cerio and “Don’t Title this, okay? Steven Cerio’s Art of the Pigtail” (12 min) a short by KC Duggan.

I will be touring with copies of the DVD (with limited edition book) , the soundtrack cd, hand made prints of The Pigtail Shadow, posters I designed for The Residents, Les Claypool, Ministry etc.,vinyl figures I designed based on The Residents, comics, books and original art.

In select cities I  have signings at local book and comic shops.