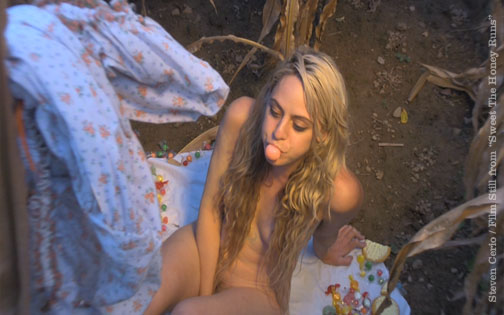 I’m in the last stages of editing a new psychedelic experimental short. (See my film drop-down for stills.) It’s 25 minutes with a soundtrack I scored and performed (with Dale Walker, Scott Wilson, Brendan Gosson and others). The soundtrack will be released on cd in the Spring by WowCool.com. The sole actress is model Aiya Campbell.